The 2010 Constitution states that all sovereign power belongs to the people of Kenya and citizens may exercise this power either directly or through their democratically elected representatives at the national and county level (Art 1). Each level of government has a legislative and executive branch. The Judiciary represents the third branch of government serving both the National and County Governments. 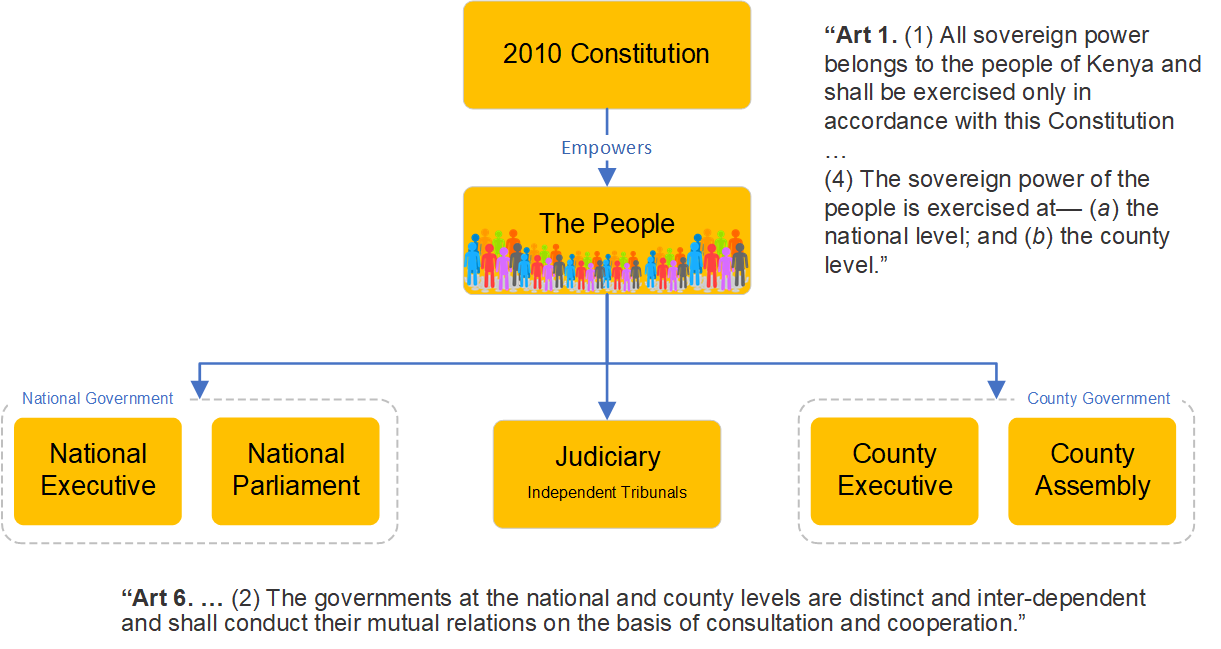 Note that the Constitution does not imply hierarchical relationships between national and county governments, rather states that the two levels of government are “distinct and inter-dependent” and should engage with each other on the basis of consultation and cooperation (Art. 6). Nonetheless, it also assigns to the National Parliament a primary role in setting common standards for financial management and other policies of national interest.

Kenya embarked on this ambitious and far-reaching reform process – devolution – with a clear set of objectives: (Art. 174):

These objectives, together with the national values and principles of governance listed in Art. 10 – that include sharing and devolution of power, democracy and participation of the people equity, social justice, integrity, transparency and accountability – should always guide the governance of counties.

To learn more about the administrative, fiscal and political dimensions of devolution follow the links below: