As soon as the new fiscal year begins on July first and the budget and appropriation are approved, county departments can begin implementation of activities. The multiple processes governments go through in this phase can be divided into two groups: (1) Work Planning, and (2) Budget Execution.

In this phase County Departments translate budgets into actionable plans. Guided by the Budget Implementation Circular, work plans, earlier drafted during budget preparation, are finalized and ordered into service delivery and project implementation plans to capture ongoing operations and new and/or ongoing projects, respectively. Work plans are consolidated and assessed vis a vis the expected flow of revenues to develop realistic procurement plans and cash flow forecasts. Work planning tends to be an internal process solely within the preserve of the County Executive. 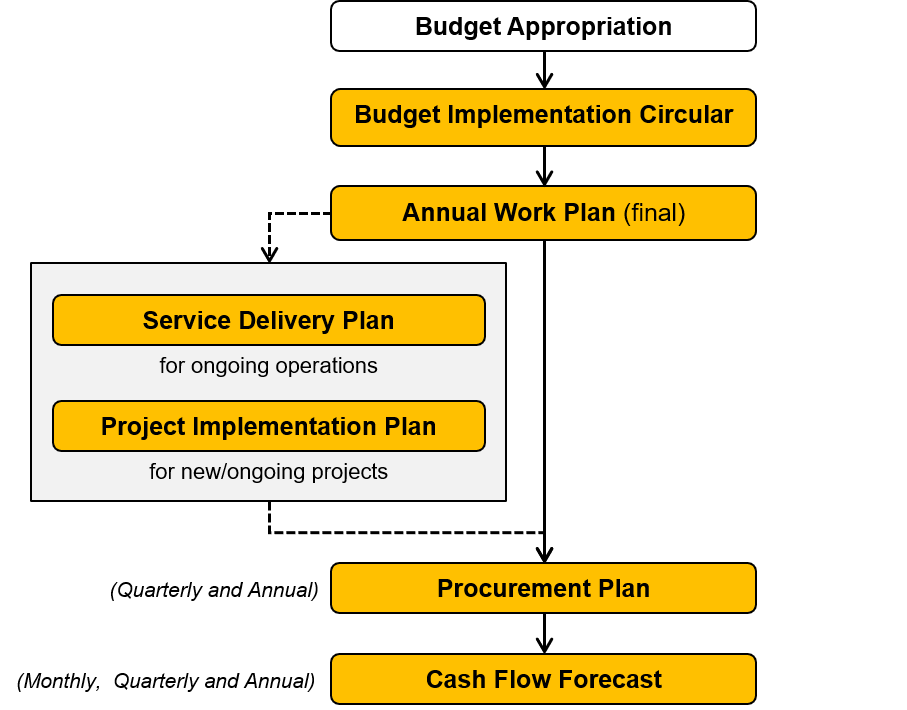 Budget Execution represents the process of giving effect to plans and budgets, through exchequer and cash management to ensure smooth government operations, the procurement of works, goods and services and the management of any assets or liabilities acquired or created. Commitment control and budget revisions are special issues that need to be taken into careful consideration during budget execution as adjustments might be needed during the year. Internal audit plays a critical role in ensuring budgets are executed in a sound internal control environment. 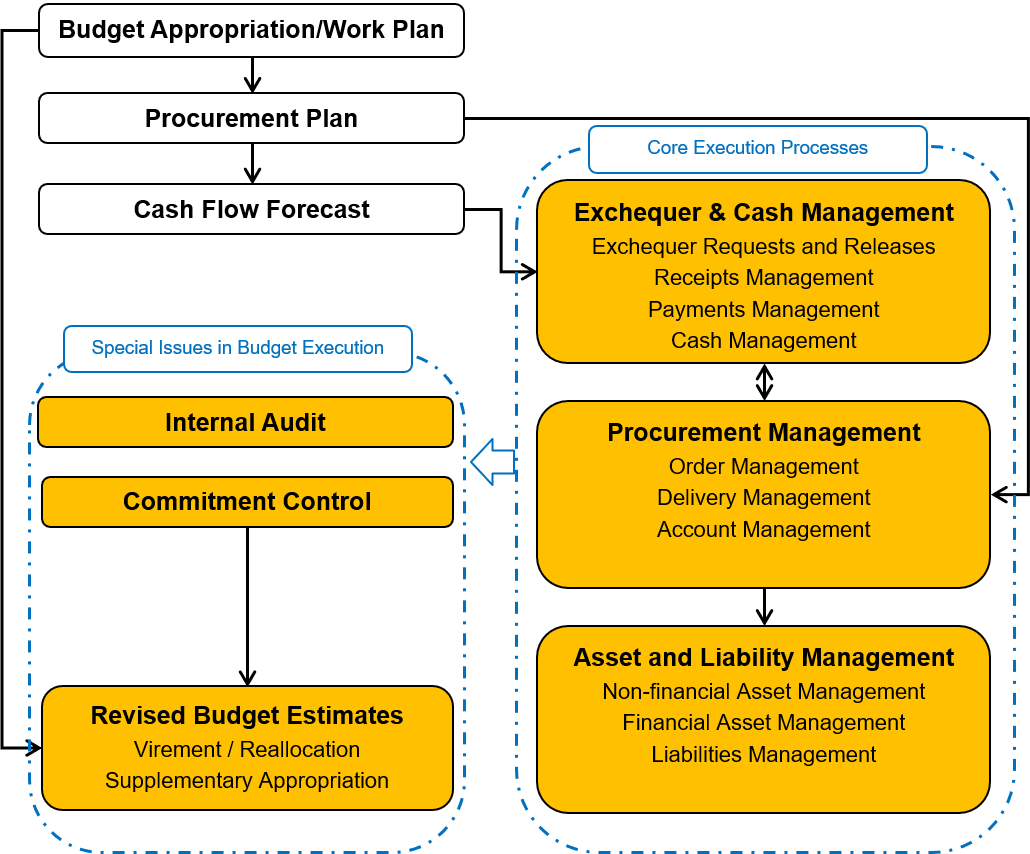 The County Executive has a prominent role in implementing what approved in the budget and delivering services. The County Finance and Economic Planning department plays a central, coordinating role: providing guidance with the Budget Implementation Circular, consolidating and managing cash flow forecasts communicating them to the National Treasury and Controller of Budget to facilitate smooth exchequer and cash management to the benefit of all county operations. Sector Departments refine their work plans, service delivery and project implementation plans, procurement plans and cash flow forecasts, and are responsible for the active stages of budget execution – day-to-day operations, procurement, and asset and liability management, within established commitment control and virement parameters. The preparation of supplementary budget estimates is led by County Finance and Economic Planning, who will draw inputs from Sector Working Groups and Departments before clearance by the County Executive Committee and submission to the County Assembly for approval and appropriation. Internal audit operates as an independent internal function within the County Executive.

The County Assembly’s role in implementation and service delivery is ensuring that its committees are aware of work plans and forecasts as a basis for tracking and monitoring against actual reports, and playing its oversight role as regards public spending. The approval of supplementary budget estimates, which is done in a similar fashion to the normal budget estimates process, implies a more proactive role of the Assembly as it draws on the inputs of Sector committees and the Budget committee before discussing and approving the supplementary budget in plenary session (full assembly) following which the relevant appropriation act is passed and enacted.

As with the County Assembly, the citizen’s role in implementation and service delivery planning is limited to awareness of published and publicized plans and forecasts as a basis for tracking and monitoring against actual reports. Revised budget estimates need to be subjected to public participation – just like regular budget estimates – before a supplementary appropriation can be approved by the Assembly. As with the original budget estimates, the citizen plays a key role in tracking the county’s focus on agreed priorities and in reviewing the explanations given by the County Executive in justifying the need for supplementary estimates and appropriation.